The beginning of the book of Acts shows us the group of disciples gathered in the Upper Room in Jerusalem after the ascension, waiting for the Spirit. They have just been made a delivery by the Risen Lord: you shall receive power by the Holy Spirit and you will be my witnesses … (Acts 1:8, cf. Lk 24.48 to 49). During the Palestinian Ministry of Jesus, they had already in some way experienced the power of God in them, by  which  they had healed the sick and cast out demons (Luke 9:1-6),but the conditions  changed greatly: because of the Holy Event of Easter. In the forty days  between the resurrection and ascension of the Master ,He had repeatedly appeared and  talking to them about the kingdom of God (Acts 1:3) and had solemnly commanded them not to depart from Jerusalem, but wait for the promise of the baptism in the Holy Spirit. In this reality Luke attaches immense importance, since with the same command not only closes the first part of Luke, but it also opens the second part. In the prologue of the Acts of the command and the promise of the Spirit of the Risen are repeated twice in the space of a few verses (Acts 1:5, 1:8), becoming thus the cornerstone around which turns the ‘ Luke entire work … 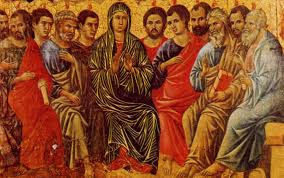 Various elements of the ending of the Gospel of Luke and the prologue of the Acts  introduce a load of imponderable mystery event. The language, in fact, is solemn as it is the sequence of events: the command and the promise of the Risen immediately precede the ‘kidnapping’ of Jesus into heaven (cf. Luke 24.48-51).

All this gives to the words of Christ the importance of a spiritual testament. In Acts 1:10-11 heavenly messengers are also present, which, as elsewhere in the work Luke (cf. Lk 1:26; ss 2.9), give the explanation of an event extraordinary divine, and the cloud, characteristic of theophanies Biblical. 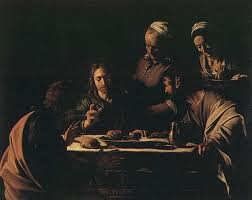 Even the place of the Ascension, Jerusalem, gives solemnity to the scene. It is the holy city, which marked important milestones in the life of the earthly Jesus, who saw the conclusion of the work of the earthly Messiah. Now it becomes the starting point of a new advance of the ministry of Christ, by the neo witnesses of the Kingdom, led by the Spirit promised. The testimony to which they are called appears to be so important as to require a special outpouring, which should be welcomed with an attitude of profound suspense. 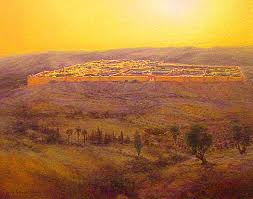 The question remains whether the disciples, already chosen by the Holy Spirit (cf. Lk 6:12-16) and already privileged witnesses of it, have the consciousness of being faced with a reality in some way different. The question regarding the establishment of the kingdom of Israel (Acts 1:6) shows still alive in them the ancient Jewish expectation of a ‘eschatological kingdom’, that the Messiah would establish. Of this kingdom, the early Christians conceived as the first fruits through which all the people of Israel would be saved (cf. Mt 19:28). Jesus’ answer is correct, far surpassing, these expectations. The times and places for the realization of the kingdom shall not be subject to the limitations of human desires, because God’s plan is immeasurable (Acts 1:7). It will not be the Messiah in person to realize the project: it will still be implemented, but through the apostles who, with the help of the new force of Pentecost, they  will extend  the announcement to the ends of the earth (Acts 1:8). (CONTINUED)