JESUS OF NAZARETH, THE FULFILLMENT OF THE PROMISES 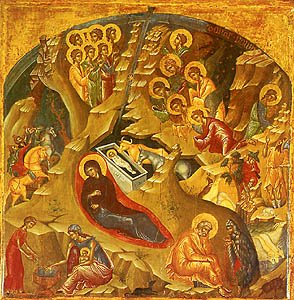 Advent begins: in Christianity  this current period is by many seen as the waiting time of a tender Child, which fills the heart with sweetness and nothing more.

There are , even those who go over and sees behind the image of the frail figure: the mercy of a God made ​​man, who came to liberate man from the  chains of evil. The thought of this work of salvation, accomplished once for all, gives confidence and inspires faith, but may also divert the human desire to the conception of a Savior whose omnipotence one ‘s  turns to be fulfilled in their needs or be automatically freed from the evils of life. At this point, we should ask the question: which  Messiah are we waiting for ?

Meaning of the word Messiah

The word Messiah comes from the Hebrew verb Masah (which finds its counterpart in greek Christos) and means “anointed.” The Messiah is the one who has received an “anointing”. The significance of this gesture becomes understandable if it is connected to the categories of people that were anointed in the  Old Testament. The Bible presents an anointing bound to three types of people:

a) there is an anointing reserved for priests . The book of Exodus describes in some places the investiture of the first high priest , Aaron and his sons through the act of anointing : ” … thou shalt bring Aaron and his sons to the entrance of the Tent of Meeting and wash them with water. and thou shalt put upon Aaron the holy garments , anoint him , and sanctify him so he will exercise my priesthood. thou shalt bring his sons and clothe them with tunics do . anoint them as their father, that they will exercise my priesthood , in which so their anointing will give them an everlasting priesthood “(Ex. 40.12-15 , cf. 28,41 also , 29.7 , 30.30) . With the priests also objects that will be used for worship will be consecrated by anointing (Exodus 30.26 to 29 , 40.9 to 11 ) . The anointing linked to the cult therefore the value of consecration.

b) Then there is the royal anointing . The same procedure was indicated  for the priests was used for  the consecration of kings. So the prophet Samuel anointed King Saul (1 Samuel 10:1) and David ( 1Sam16 0.12 to 13 ) . The royal anointing involves an outpouring of the Spirit of God , As the king is regarded as the priest, a representative, an intermediary between Yahweh and the people, he must ensure justice in the earthly kingdom and the wealth of present goods in the celestial kingdom. This task is assigned to the king not only personally, but also to his descendants. This is also the meaning of the prophecy of the prophet Nathan to David  (2 Sam 7,5.11-14). The prophecy is taken from the wisdom literature, especially in the Psalms (Ps. 89.4-5, 132.10 to 12, 2.2 to 6). The hope for a future king, chosen and consecrated by the Lord is echoed by the prophets, especially Isaiah in the “Book of Emmanuel” (Is 7:10-14; 9:1 ff; 11:1-9), which presents a child, the future King, of the seed of David, which indicate the presence of God in history and bring deliverance and joy to the people of Israel. 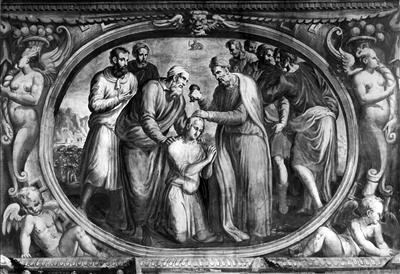 c) Of a  prophetic anointing we can  only speak  in a metaphorical sense. Is not, in fact, that in  the history of Israel  the prophets were anointed materially , but the Bible also speaks of a prophetic anointing. In particular Isaiah 61.1-4, telling about his call from the Lord for his socio-political intervention, identifies the anointing with a special outpouring of the Spirit of God: “The Spirit of the Lord God upon me, because the Lord has anointed me; has sent me to bring glad tidings to the lowly, to heal the brokenhearted, to proclaim liberty to the captives and release to the prisoners, to proclaim the year of the Lord’s … “( see also Isaiah 59.21 ) . The same effusion had received the great prophets of the past: Moses, who possessed great wealth of Spirit by pouring it on the seventy elders (Num. 11.24 to 30 ); Elijah , the spirit of which two thirds go to Elisha. And ‘ because of this Spirit that the prophets speak , and work miracles in the name of Yahweh (Jer. 1.5-10 ; Isaiah 59,21 ) .