Jesus is the Messiah – Prophet 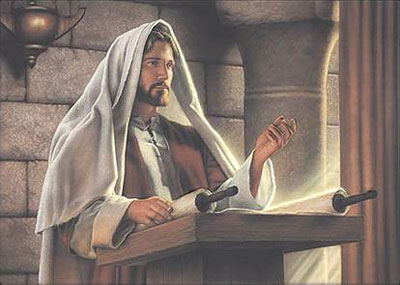 The scripturethat best describes Jesus as a prophet is what he reads and applies to himself in the synagogue of Nazareth at the beginning of his mission: “The Spirit of the Lord is upon me , because he has anointed me , and sent me to proclaim good news to the poor , to proclaim liberty to captives and sight to the blind , to set at liberty those who are oppressed, to proclaim a year of favor from the Lord “(Is 6,1-2 / / Lk 4:18-19)

When the prophet Isaiah wrote the song thinking with each probability to his being sent to a task that has socio-political implications : He is called to bring in the name of Yhwh a message of hope for the rebuilding of Israel afflicted and smitten . Isaiah has the consciousness of being sent by God in the Jewish culture ( saluhî ), as in the Greek ( Apostolos ) envoy acted with the name and authority of the principal , his words had the effect that would get the principal (see the parable of the murderous tenants , Lk 20:13) . 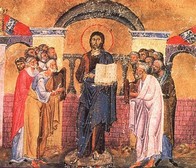 But this assimilation causes the violent reaction of the people (Lk 4:33) . Of the prophets , in fact , the Christ also shares the persecution. He refers to himself as a ” prophet killed ” ( 13.31-35 ) is the martyr willing to fall victim for what he does. 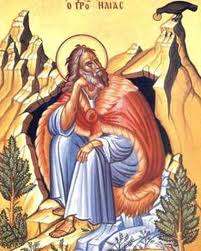 In the passage of Herod the “fox” there is an allusion to a similar passage of the Old testament about Elijah on which the king had put a bounty and being wanted in the kingdom He escapes to Horeb where he complains to God (1 Kings 19,14 ) . 1 Kings appear throughout a continuous tug of war between the prophet and the monarchy , and for this Elijah is passed into the tradition as “the prophet” (interesting to remember that , like Jesus, he was taken up into heaven , 2 Kings 2) .

On this diagram in Luke’s Gospel there is the figure of Jesus – centered prophet sent by God to proclaim the kingdom ,He will be rejected by the authorities and will be killed in Jerusalem, but in the end it will be resurrected and taken up to heaven . 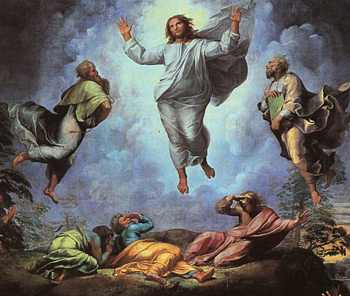 In the Gospels , however, even people recognize Jesus as a prophet seeing the miracles he works or listening to his words ( Mt 16:14 ; ” This is the prophet Jesus , from Nazareth of Galilee ,” Mt 21:11 , Mk 6:15 , the Samaritan woman said to Jesus: ” i see that you are a prophet,” Jn 4:19 ; the blind man replied to the priests : “It ‘ a prophet,” Jn 9:17) and even the enemies, while using the term prophet in ironic sense against Jesus , they validate this concept more (Mt 26.68 , Mk 14.65 , Lk 7:39 , Jn 7:52) . Even the vocabulary concerning the messianic prophecy of Jesus is present mainly in the context of passion , in other contexts in which they are called misunderstandings in respect of the prophets , and in the passages where people enhances the exceptional features of the Christ. The expectations of the people are material.

The prophecy of Jesus , as His kingship ,has to be placed on a step higher, as highlighted by the opening of the Letter to the Hebrews: ” God, who spoke of the times old in many and various ways to our ancestors through the prophets, but in these last days he has spoken to us by his Son, whom he appointed heir of all things, and through whom also He created the world ” (Heb. 1:1-2)