Jesus as a response to messianic expectations 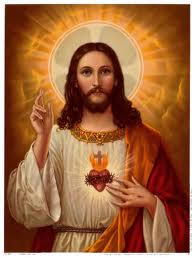 When the Jews spoke of a Messiah, they were waiting for a consecrated  of  special anointing, a liberator and father of the people, a true ruler that would guarantee peace on earth, finally freed from enemies and invaders. Indeed the Nazarene embodies all the characteristics of consecration: he is actually the priest, king and prophet, but in a whole new way.

a) Jesus is the  Royal Messiah

In the NT the language of the kingship of Christ appears in some specific points of the Gospels. For the first time in the Gospels of childhood. The visit of the Magi to Bethlehem, the birthplace of King David, it’s all the insignia of royalty in this Child, ” “Where is the child who has been born king of the Jews” (Mt 2:2). That Jesus was a descendant of David is mentioned in the Gospel of Luke (“the Lord God will give him the throne of his father David, and he will reign over the house of Jacob forever, and his kingdom will have no end,” Luke 1:32) and according to Matthew makes his prophecy of Micah 5.1 “and thou Bethlehem, land of Judah, art not the least among the clans of Judah, from you shall come a ruler who will shepherd my people Israel” 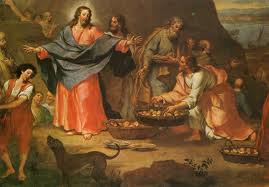 But as Jesus sees and presents His kingship? His  kingship that does not fit the expectations of the Jews. Some episodes contained in the Gospels are clarifying in this aspect : after the multiplication of the loaves, the Evangelist John says , that people look for Jesus to kidnap him and make him king , so that He has to hide to escape them (Jn 6:14-15 ) . It ‘ also forced to correct their messianic “Very truly, I tell you, you are looking for me, not because you saw signs, but because you ate your fill of the loaves. Do not work for the food that perishes, but for the food that endures for eternal life (Jn 6.26 to 27 )

Jesus , therefore, has of  himself a quite different messianic consciousnes . Which  figure of the Royal  Messiah does He present ? It offers two very clear images : the first concerns His earthly ministry and the other His heavenly glory. It ‘s very significant that the most  of the vocabulary of the Jesus  kingship  appear in the accounts of the Passion in all four gospels ( In  John in  the space of a chapter appears a dozen times , Jn 18.33 to 19.21 ), especially in the trial before Pilate. Why especially on the stories  of  the passion? The entire Gospel of Mark can be considered an answer to this question. The evangelist Mark builds his whole gospel of what scholars call the ” messianic secret ” Jesus , despite all the miracles He performed , forbade them to enhance His power His fame  and to  spread out and His identity ( Mk 1 24-25.40 , 3.11 , 5.40 , 7.36 , 9.9 , 8.29) . 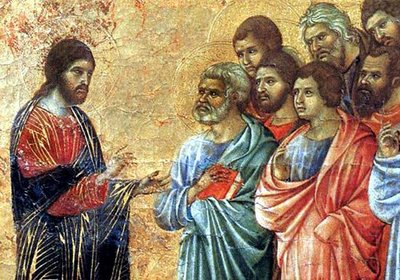 Why this prohibition? Because there is a risk of misunderstanding of His messianic nature in socio- political sense . Jesus asks a different messianic consciousness , in fact also prohibits the apostles to speak , then  He speaks of a scandalous end (Mk 8.30 to 33 ; 9:30-32 ; 10.32 to 34 ) . The Master responds to the sons of Zebedee, who asked Him a place of honor in His kingdom , with the theology of suffering and with the service of the leaders in this and it is so imperative that when Peter discovers a different theology , reacts calling him ” Satan ” .

” So there is a clash between two different conceptions of messianic . The idea that drives the Messianism of Jesus is the antithesis of common understanding , it focuses not on the success ,  as the apostles Jews believed and desired but on failure . It ‘ important that those who had such a conception is not sustained at the time of the test ( ” they all left him and fled” , Mk 14,50 ) Who is able  to recognize the true identity of Jesus? Jesus has just died and the centurion exclaims: “Truly this man was the Son of God!” (Mk 15:39). The Messianic theology of Jesus is the theology of the cross (this will also be one of the great themes of Pauline theology). This feature of the Gospel has enormous consequences: only the following of the Cross characterizes the Christian and only a church that takes this road is the Church of Jesus then we can understand why the disciples did not understand anything, because this conversion is never done. 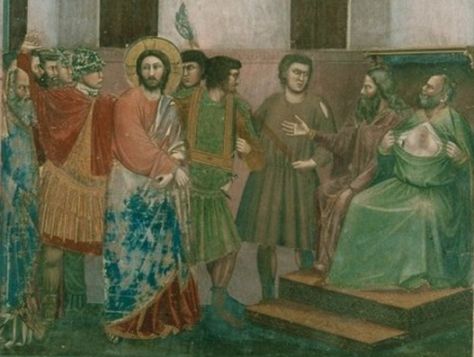 The Davidic descent of the Messiah returns with particular emphasis in the stories of disputes with the religious authorities of that time ( 12.35 to 37 Mc , Mt 22.41 to 46 ) . Here, too, Jesus corrects an exact vision of this royal lineage : He is something more than the son of David , because David himself calls him Lord. The royal dignity of the Messiah is thus transferred to a higher plane , spiritual, He  is not the comfortable character that exercises power and fulfills human material desires. This appears in all its fullness during the trial of Jesus before the Sanhedrin . When  the high priest asked him , “Tell us whether thou be the Christ , the Son of God,” Jesus not only says yes , but offers a biblical image of the Old Testament ” will see the Son of Man seated at the right hand of God, coming on the clouds of heaven ” . (Mt 26:63-64 ) . It ‘ an image of Daniel (Dan. 7.9 to 14 )  when sees the throne of the Most High , and one like a son of man that He receives power and glory and kingdom . The Book of Revelation uses the same imagery to describe the divinity of the Risen Christ (Rev 1.4-5 ) . (CONTINUED)