ALL SAINTS vs HALLOWEEN 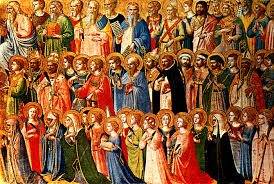 The word Halloween – contracted form of the English All Hallows Eve – translated simply means Eve of All Saints , and the Saints have nothing to do with pumpkins , monsters , witches , ghosts, demons. The Catholic Church, on this feast , remembers and venerates the saints who are in Heaven.  The disguises that you see on Halloween night have nothing to do with this party.
Let’s jump back in time to find out … 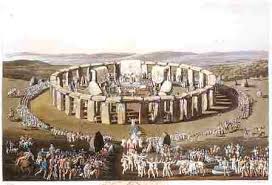 We are around the year 300 BC, a group of Indo-European peoples share the same religious beliefs. Are called Celts , and they are extended over a wide area of Europe. They worship the gods , which also offer human sacrifices. “The whole Gallic nation is very devoted to superstitious practices . For this reason , who suffers from a serious illness or who is in battle , or in danger , sacrificed human victims or vote himself to death “( Caesar, De Bello Gallico VI , 16) . And ‘ the Druid  is the  Celtic priest , to perform the rites . The Druids are held in high esteem by all the Celtic people , as they represent the link with the gods ,  they  preside  the four parties which divide the year. One of the most important Celtic festivals is Samhain which  name literally means the end of summer . With it marks the end of the summer harvest and the beginning of winter. The festivities begin the night of October 31 , as the Celts calculate the time not counting the days , but the nights .

Let us now return to the present day , and try to understand the relation beetween  the Celts , the festival of Samhain and  the celebrations that are done on Halloween night .

The legend tells us that on this night the barrier between the world of the living and the dead is narrowed so as to allow the spirits to cross the threshold of this . The Celts believed that the soul survives the death of the body, for this reason, on this night celebrations were held in their honor.

2 . And Satan commanded, defeat the Saints

The current festival is celebrated on the day of Halloween, is none other than a revisiting  of the feast of Samhain, with t new ingredients  added  over the centuries .
And most probably  the Irish transplanted to America  celebrated the  Halloween  just in  a way to fool around and entertain the children. Just as with Father Christmas and the Epiphany .
Christmas Day is perhaps the feast of Santa Claus? No! It celebrates the birth of Jesus
The Epiphany is perhaps the feast of the Epiphany ? No! It celebrates the Manifestation of Jesus
On Halloween is perhaps the pumpkin festival ? No! We celebrate All Saints.
So what is the relation beetween  Santa Claus, the witch and pumpkin ? Nothing, but popular tradition has approached them to these three Catholic holidays and for years have lived very well , or better , the first two continue to coexist peacefully (even if we  do not yet know for how long) , while the third became ill with occultism .
The initial ” trick or treat ” and the nice carved pumpkin , have been replaced by thematic flavor horror , and now happens on this night everything from seances  to the  reading of  the cards, the Sabbath in the magical and real , torture, and killing of cats blacks to desecration of  cemeteries.

3 . The night of the witches

And ‘ mainly coven of witches to claim the pagan worship of Samhain. It is included in the eight Sabbat that witches celebrate throughout the year. ” Samhain is the most sacred and important of all the Sabbath wheel of the year. ( …) It ‘ a night to use the runes , tarot cards , crystal ballToday witches are back in fashion, thanks to the tam tam media world : the show, magazines , Internet , television. And most of all they  have become good . Their interests are related to the nature , spells , spells to … nothing that can somehow connect them to the black magic or the devil .But is it really so?A former follower of Wicca , William G. Schnoebelen testifies : ” Wicca is one of the most seductive falsehoods with which Satan has returned to the fore. And ‘ the contemporary name of so-called “white” witchcraft or paganism that are  having a revival in the United States and  all around the world . Only to discover at the end that ” Wicca , the religion that our disciples ( Schnoebelen had climbed up to the 3rd degree nda) were learning , was nothing more than an aversion slightly sweetened to the worship of Satan!

4 . The real birth of the feast of All Saints

Let’s  try to understand when and how did the feast of  Halloween  or to say it in English started .
Common wisdom says that this festival has its origins in the pagan festival of Samhain and Lemuriae .
Historical accounts , however, tell us something quite different and in the sources is never found  the word Samhain. 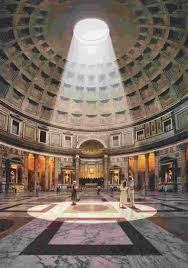 “The idea of a collective liturgical commemoration of all the martyrs ( as the ancient Church to these only bestowed the  worship) , was born and took shape first in the East ,”  and precisely in Antioch, Edessa and Syria. Each city had a specific date for the anniversary. In Edessa , for example,they  remembered the holy martyrs on May 13. And this was the date adopted by Pope Boniface for the dedication of the Pantheon. This building was built as a temple to the gods in pre-Christian times . Pope Boniface obtained the permission of the emperor Phocas  and  laid many relics of martyrs . And on May 13, 609 consecrated the pantheon temple into  a Christian basilica in honor of the Virgin Mary and all the martyrs under the name S. Maria ad Martyrs . “That was reported on May 13, then the Sunday within the Octave of the Ascension , until lost the original meaning , was placed in connection with the next coming of the Holy Spirit ” .7
In 741 ,  by Pope Gregory III in Rome there was a new impetus to the cult of the saints. No longer just martyr saints but saints in general.
After about one hundred years , namely 835 ‘ Gregory IV with a royal decree ordered the celebration in its states, the feast of All Saints on 1 November. Since then, the Saints, began to be general holiday , which spread rapidly throughout Europe Latin America. (…) And ‘ certain, however, that even before 800, in Ireland, England , Bavaria and in some churches of Gaul , was celebrated on the 1st November, a festival called the Irish calendar of saints of Europe » .8
It ‘ really strange that we are talking about Ireland and Gaul and no reference at all to the feast of Samhain , but instead cites the pagan festival of Lemuriae , to say that : “And ‘ certainly unfounded the opinion that the Roman festival of May 13, and, later , on November 1 , was introduced to replace the pagan festival of Lemuriae . This was celebrated on the nights of 9, 11 and 13 May with ablutions and sacrifices made in private homes, intended to appease the gods hands or shadows of the dead. Now it is evident that, apart from the coincidence of the dates , there is no similarity between the Lemuriae and the dedication of the Pantheon in honor of the Virgin Mary and the martyrs ,  so if the date of this event depends, as we mentioned , a similar memory celebrated in Syria, where certainly no one thought to pagan festivals like that. ”

5. Halloween, a celebration for Satanists

Yes, even Satanists love to celebrate the night of All Saints, of course, in their own way Satanists act throughout the year in opposition to the Catholic Church. On Halloween night is something awful, terrible: The devil uses all his poisonous arrows to kill the souls to Grace. Unfortunately,he tries and does it   very well, because on this night, where everything seems to be granted, the defenses are lowered and young people tend to be much more exposed to the attacks of the evil one. Fortune tellers , mediums are everywhere: from the clubs to festivals. Become the main attraction, because on the night when the two worlds approach, is believed to be easier to interact with the dead or know what the future holds. Then on October 31 some clubs offer young people “magical nights”, publicized them  on the Internet. 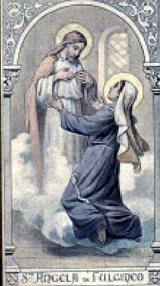 And then let’s  know the Saints  reading  their lives, let us imitate their faith. The Saints speak to us through the living experience of God’s love.
To Blessed Angela of Foligno, Jesus said: “I did  not  loved you as  a joke.” And to us today, Jesus repeats these words.